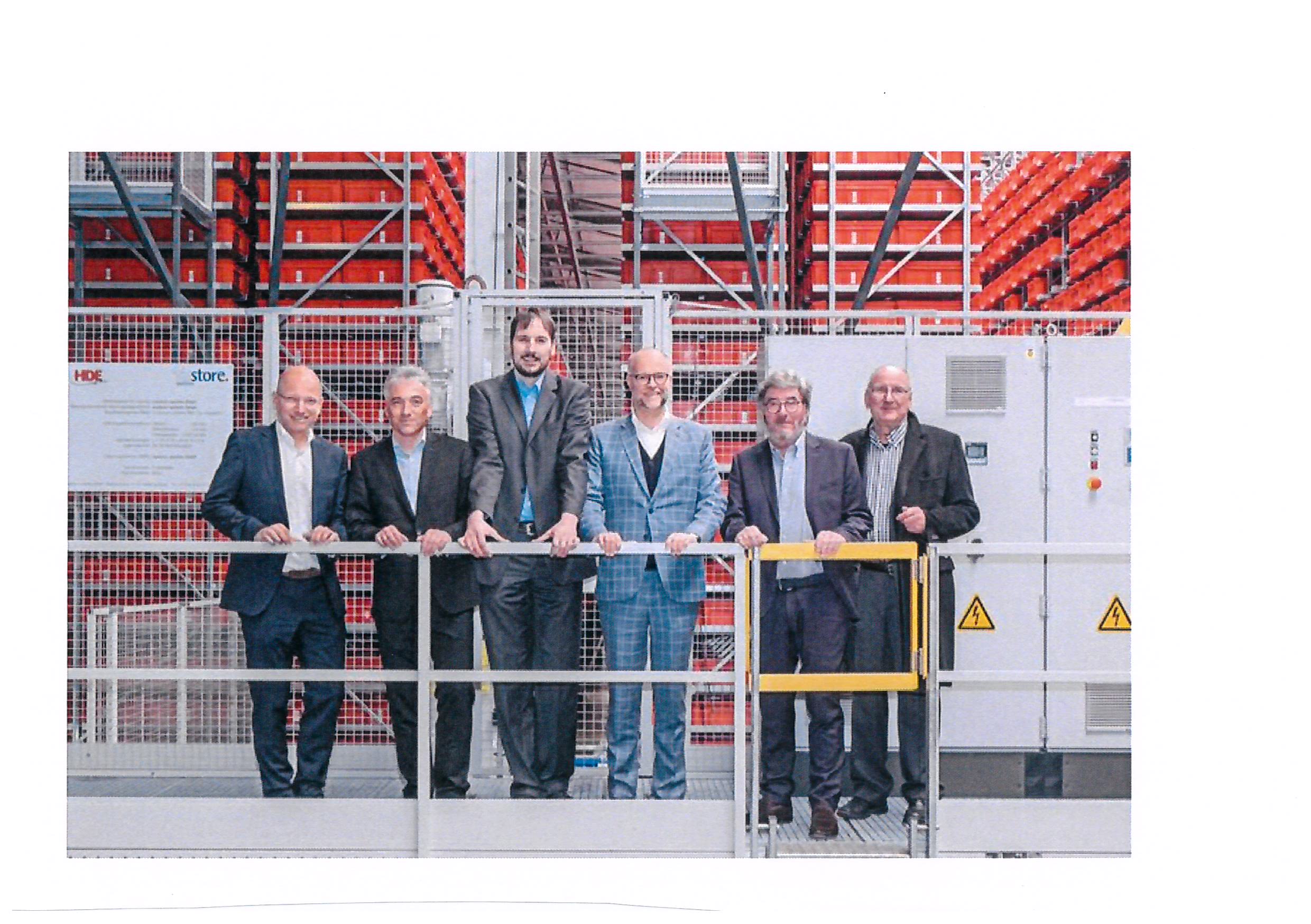 Three forwarders who do not make life difficult for each other, but respect each other and cooperate: Does that exist? …“

The forwarding cooperation HDE Logistik celebrates its 20th anniversary. What began with an order for paper transports to the three forwarding companies Herbst, Dümler and Elflein has developed over the last 20 years into a major transport and logistics provider beyond paper transport. Read the success story of this cooperation which was not predicted to last long and which, despite all the prophecies of doom after 20 years, is a successful company in the Bamberg area. Read for yourself:

Cooperation instead of confrontation - for 20 years the forwarding companies Herbst, Dümler and Elflein from Bamberg have been pulling together. When the Palm paper mill in Eltmann invited tenders for its Europe-wide paper transports, the medium-sized companies founded a bidding consortium. This marked the beginning of HDE Logistik's success story. To date, there are probably only a few similar cases of cooperation in the industry that have held their own over such a long period and asserted themselves against logistics companies.

Today, HDE (each letter stands for one of the three shareholders) Logistics employs more than 90 people, achieves an annual turnover of around 30 million euros and, as a logistics service provider, is active not only in the paper industry but also in other segments, for example for a large Bamberg electrical goods manufacturer. The anniversary will be celebrated in September as part of the Bamberg harbour festival.

The conditions for cooperation were better in the Upper Franconian World Heritage City than elsewhere. The companies Herbst, Dümler and Elflein have always understood each other due to their medium-sized structure. Our parents know the business from the bottom up, and our fathers drove their own trucks,"; explains freight forwarder Rüdiger Elflein. Everyone has their focus in a different segment, so there was no direct competitive situation,"; adds Bernhard Dümler.

By joining forces, the freight forwarders considerably increased their chances of winning the tender. Individually we would not have had a chance with a business of this size,"; says freight forwarder Georg Herbst looking back. We competed against 16 well-known forwarding companies and were the smallest bidders,"; adds his son Frank Herbst.

While the partners sent around 150,000 tonnes of paper per year through their joint venture HDE Logistik at the beginning of 1999, the tonnage has almost quadrupled over the years and HDE Logistik has become one of the largest paper logistics companies in Germany. With HDE Logistik, all three companies were able to grow continuously, says Christoph Dümler and Rüdiger Elflein speaks of a unique development opportunity fort he three forwarders.

More than 95 percent of the transports are organised by the three forwarders themselves. Herbst, Dümler and Elflein each provider around 40 of their own lorry and special trailers for this purpose. And to ensure that everyone always gets the same amount of cake, the dristribution is controlled by the schedulding department – staffed by HDE Logistik employees. „Neutral disposition is very important to us“, confirms Stefan Kammerer, HDE Logistics Manager, who sees this structure as one of the success factors for the joint venture.

The alliance has a remarkably charm because 20 years later the next generation of entrepreneurs are sitting at the table. That shows, that the current initiated respectively executed comapny successions within the three forwarding companies are still stable and powerful.